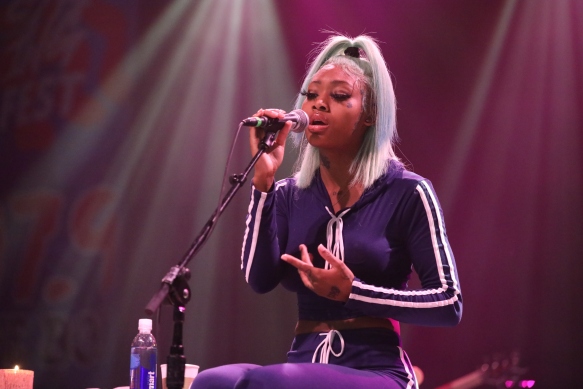 If you love Summer Walker just as much as we do, then chances are you were probably anticipating the release of her debut album, Over It, as well.

The Atlantic songbird rallied women everywhere with the release of her two anti-foolery singles, “Girls Need Love” and “Playing games,” both of which made Hot 100 on the Billboard charts.

With that being said, we wanted to like the album.

However, after listening to the album for a second time, we could not help but acknowledge that something felt missing.

The album captures a slow and soulful vibe into Walker’s attempt to take listeners on an emotional journey that comes with dating the man your mother once warned you about.

There’s only one problem.

The singer takes us on a half-ass ride in what sounds like a carelessly crafted version of Sza’s CTRL instead.

The album consists of a collection of great raw one-liners —”I just might be a hoe”—failing to follow up with substance to continue its message centered around relationships and heartbreaks.

While the 22-year-old singer makes you feel like you have entered into a vulnerable pow-wow with your girls in songs like “Drunk Dialing…LODT” and “I’ll Kill You,” she drops the ball when it comes to other areas of the album.

Overall, Over It has a few great singles overlooked by its lack-lustered production.

Hey, but don’t take our word for it, take a gander for yourself. Summer Walker’s Over It is available on all streaming platforms now.