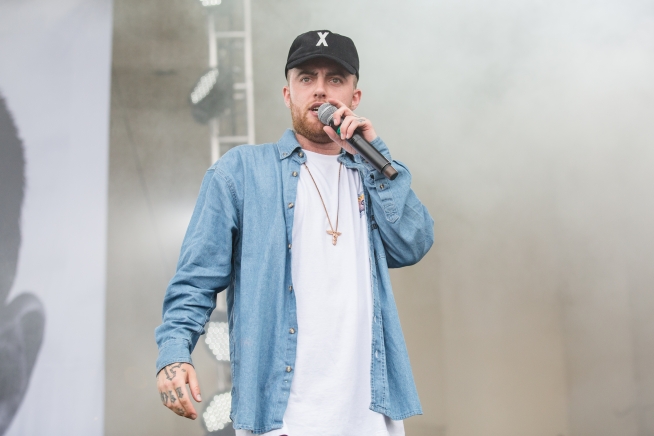 The Divine Feminine is the fourth studio album by Pittsburgh native Mac Miller. It was released on September 16, 2016, by Warner Bros. Records 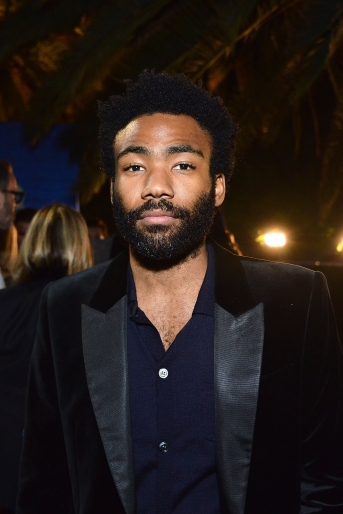 “Awaken, My Love!” is the third studio album by hip hop recording artist Childish Gambino. It was released on December 2, 2016, by Glassnote Records. We got it from Here… Thank You 4 Your Service is the sixth studio album by hip hop group A Tribe Called Quest. It was released on November 11, 2016, by Epic Records. The album features contributions from member Phife Dawg, who died several months prior to the album’s release 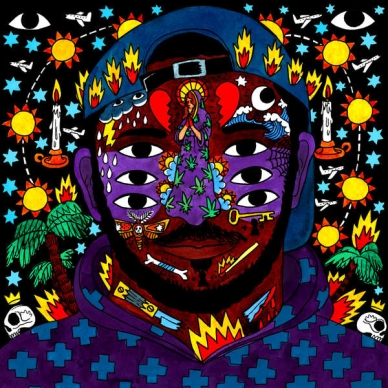 99.9% is the debut studio album by Canadian music producer Kaytranada, released on May 6, 2016, through XL Recordings worldwide and HW&W Recordings in Canada. 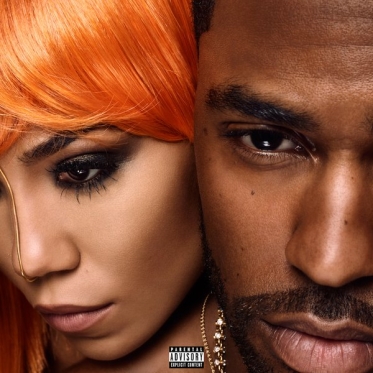 Twenty88 is the debut studio album by hip hop duo Twenty88 (consisting of rapper Big Sean and R&B singer-songwriter Jhené Aiko). It was released on April 1, 2016, by Def Jam Recordings. 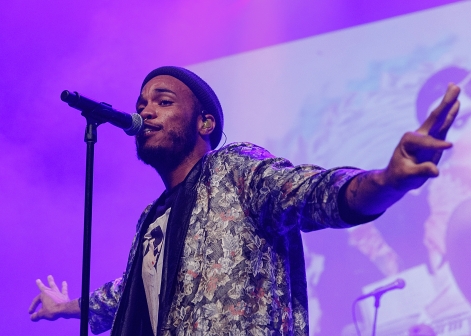 Malibu is the second studio album by recording artist Anderson Paak. It was released on January 15, 2016, by Steel Wool, OBE, Art Club and Empire Distribution

BAS TOO HIGH TO RIOT

Too High to Riot is the second studio album by rapper Bas. It was released on March 4, 2016, by Dreamville Records and Interscope Records. 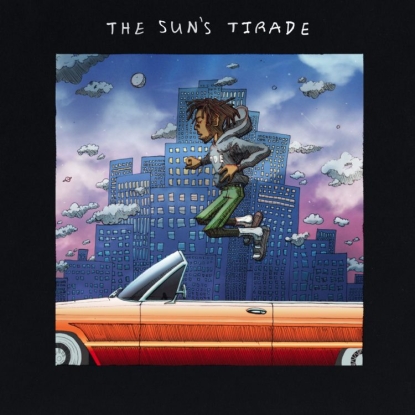 The Sun’s Tirade is the debut studio album by hip hop recording artist Isaiah Rashad. It was released on September 2, 2016, and is his second release with Top Dawg Entertainment 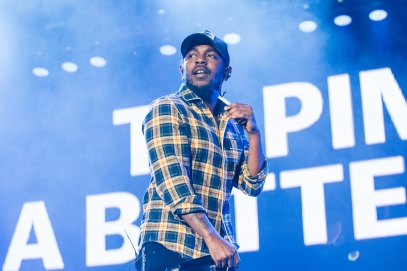 Untitled Unmastered is a compilation album by hip hop recording artist Kendrick Lamar. It was released on March 4, 2016, by Top Dawg Entertainment, Aftermath Entertainment and Interscope Records. It consists of previously unreleased demos that originated during the recording of Lamar’s album To Pimp a Butterfly (2015) 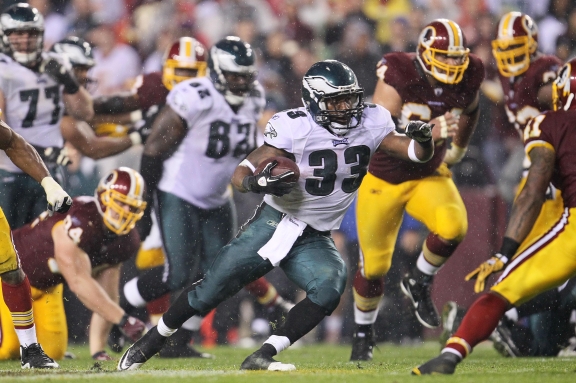 While driving in New Jersey, 25 year old Huff was cited for speeding when police reportedly found a gun and marijuana in his possession.

The Eagles released a statement saying, “We are aware of the incident today involving Josh Huff. At this point, we are gathering more information.”

Huff was the Eagles’ third-round pick in 2014 out of Oregon. Huff has 13 catches for 72 yards and one touchdown this season.

Comedian and Philadelphia native Kevin Hart has put the person who allegedly burglarized his house on blast.


“Here is a picture from the security cameras of the j****** that’s been robbing houses….Real smart move wearing the cool ski mask that shows ur eyebrows & the bags under ur eyes. We are on yo a** man….I’m about to show u the power of social media….One of my followers might recognize u and might not like you which would mean that they could careless about giving u up….Lets play a game of tell on the robber real quick…who knows I might get lucky!!!!!” 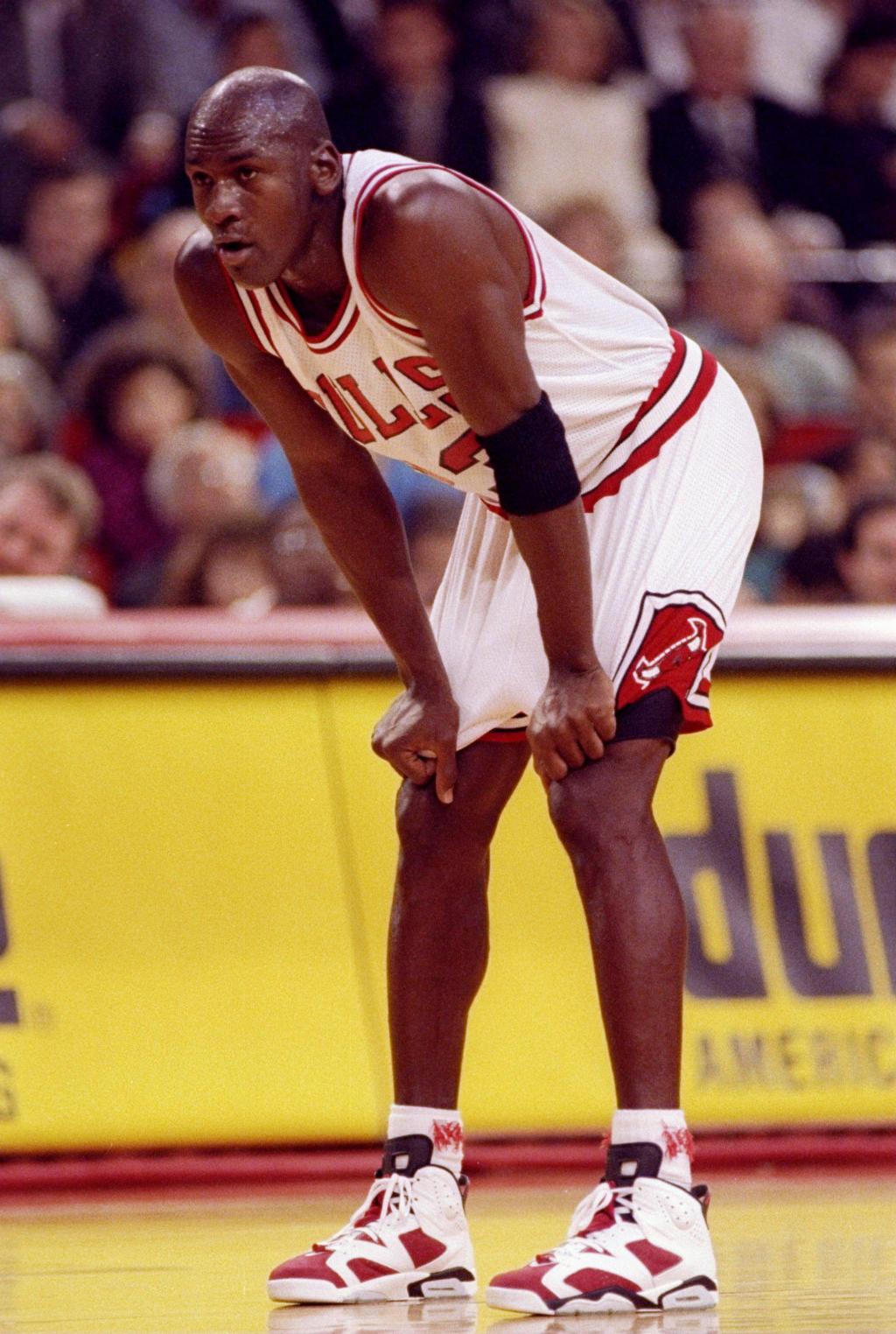 Exactly 18 years ago today, Michael Jordan led the Chicago Bulls to their sixth NBA title by defeating the Utah Jazz, 87-86.

Jordan dropped 38 points with seven rebounds and five assists in Game 5 of the 1997 NBA Finals…with the flu.

MJ was crowned MVP of the finals, ending his epic run with the Bulls on a high note before temporarily retiring from the NBA.

Kobe Bryant has played 676 road games in his career, and he’ll play the 677th and final one Monday against the Oklahoma City Thunder, marking another milestone in his 20-year career.

This game is considered to be the most expensive games of the NBA season for fans will take place on Wednesday with Kobe Bryant’s last game in Los Angeles and the Warriors going for history with win No. 73 in Oakland.

Fans have paid an average of $971 for a ticket at the Staples Center to see No. 24 take the final shots of his 20-year NBA career for the Lakers, against the Jazz,

The most expensive ticket sold on StubHub was a courtside seat in Los Angeles, where a fan paid $27,500 each for two tickets to see Bryant up close for the last

Regardless of what happens tonight, Bryant will end his career as a winner on the road: including the playoffs, he’s played in 402 road wins, compared with 382 road losses. 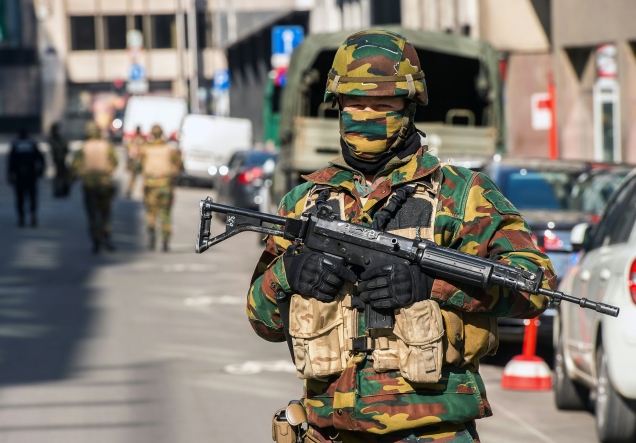 Dikembe Mutombo was at the Brussels airport in Belgium when a bomb went off that killed at least 30 people and wounded 230 more. 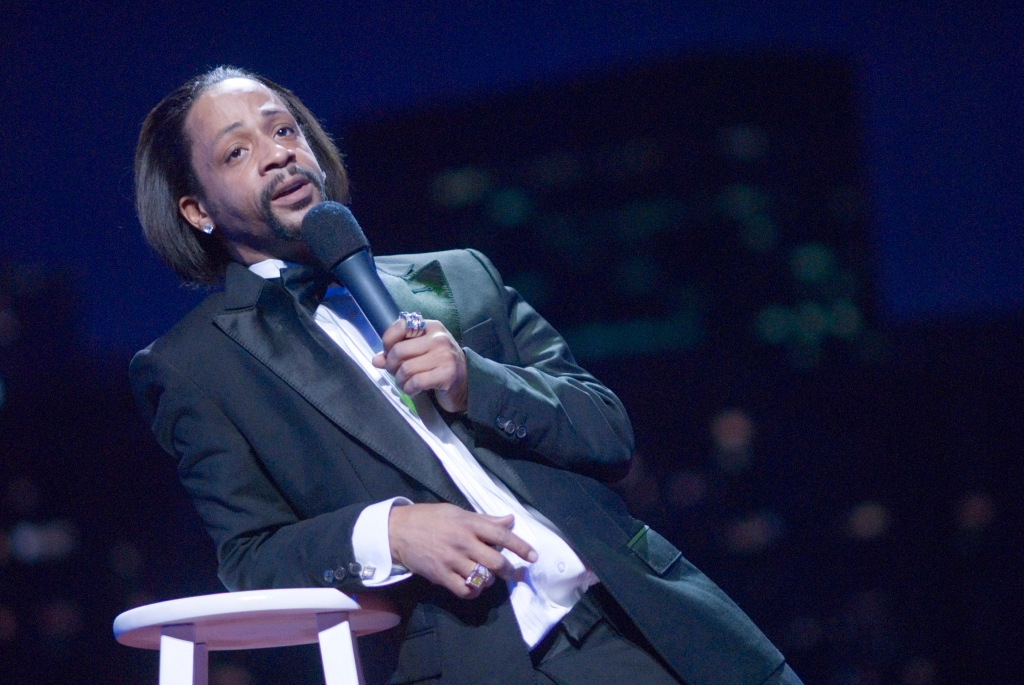 Looks like someone is angry. Katt Williams calls out fellow comedian Kevin Hart for a $5 million battle days after calling Kevin Hart a “puppet” during a standup comedy routine in Atlanta.
“I’ve already proven that if the best they got in comedy is Kevin Hart…,” Williams said amid the loud boos that interrupted him. “Don’t you boo a black man working hard, baby. Even if that ______ a puppet, it’s not his fault. We don’t get mad. Just because I’m better than some black dudes, doesn’t mean I’m better than no black dudes. I’m saying if you want to be mad at Kermit The Frog, don’t be mad at Kermit The Frog, be mad at Jim Henson. Don’t say, ‘f*ck Donald Duck’ when you really mean, ‘fuck Walt Disney.

Although Kevin didn’t name Williams directly, het seemed to be taking a shot at the 42-year-old funnyman with a picture he posted on Instagram that shows him posing backstage at the Oscars with Chris Rock and Dave Chappelle.

Make sure you get those last minute tickets to see Kat Williams live in Philly this Friday!

Earlier today before the All-Star Game in Toronto, the Hall of Fame announced its finalists for this year. Allen Iverson was selected as one of the finalist for the Basketball Hall of Fame.The former guard and Sixers legend was among 14 finalists named. The 2016 Hall of Fame inductees will be announced prior to the NCAA Men’s Championship game in Houston on April 4th.

Iverson was a nine-time all-star and perhaps the most popular Philadelphia sports figure in the last 25 years. He played with the Sixers from 1996 to 2006 and during the 2009-10 season. He also had stints with the Denver Nuggets, Detroit Pistons, and Memphis Grizzlies during his NBA career. Iverson briefly played for Besiktas Milangaz of the Turkish Basketball League in 2010-11.

This is why we MUST get out and VOTE, VOTE ,VOTE people! We MUST pay attention to who we allow to run our country! We have the POWER…just have to use it.

Now, here is where we wanna know would you agree to work longer hours day on top of the hours your already bussin your ass with? 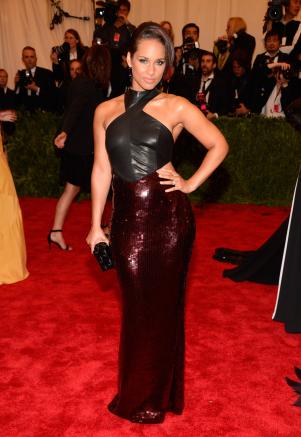 I must admit my excitement when I found out that in the near future I can finally walk into the mall to purchase a pair of jeans and see someone with my curvaceous body type in the same pair of jeans that I want!  The very iconic jeans company Levi’s is debuting a new women’s collection that covers a range of styles for different body types, and the company has announced their new brand ambassador, multi Grammy award winner Alicia Keys! You Go Girl!

The jeans that Ms. Keys will be campaigning are all about flexibility and stretchiness. 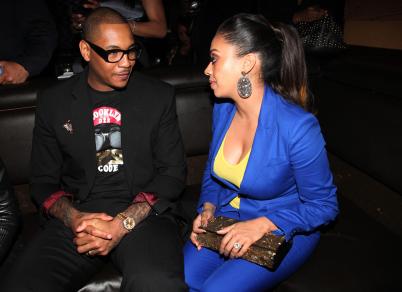 Okay, so we all should be caught up on Season 2 of Power by now, and I’m sure everyone saw La La Anthony’s nice perky headlights. Although they looked nice, we had to pause for a few moment when we remembered ‘HEY! that’s a married woman right there!’.  Well, not too long ago TMZ ran into Carmelo Anthony and asked him what he thought about Mrs. Anthony’s sex scene. Melo stated in a calm tone, he was supportive of everything his wife does.

So, now here is where our question sparked for you guys.

WOULD YOU BE SUPPORTIVE OF YOUR SPOUSE DISPLAYING Y’ALL “GOODS” IN A SEX SCENE? (assuming your spouse is an actor lol) Living in the City of “Brotherly love & Sisterly Affection” sometimes the media doesn’t always do a good job on shinning a light on the more positive and creative activities happening throughout our city. It’s refreshing to come across a story that is relatable and inspiring. Lemeir Mitchell is a 23-year-old up and coming tattoo artist from West Philly. Below is a video of Lemeir tattooing  another young Philly native, Rakeem Christmas  the former Syracuse Orange center who has recently been drafted to the Cleveland Cavilers  {CONGRATULATIONS btw} .

The new NBA member decided to dedicate a back piece to his family, representing how he will be putting on for his family and extending his family’s legacy.

Tattoos have not only become an art of expressions, but as well as a culture in today’s mainstream society. One third of  young adults in America has at least one tattoo. It also comes as no surprise that the tattoo industry is the sixth fastest-growing retail business in America. It is refreshing to see two young Philly buls , in two totally different lanes reaching to the top of their own games. 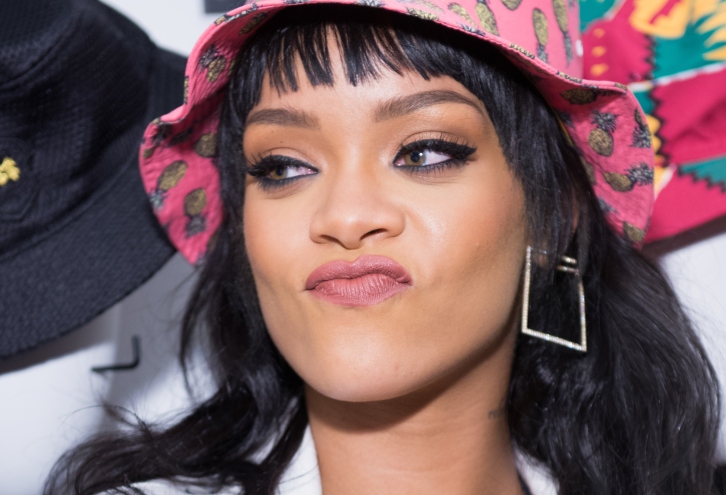 Rihanna  has finally released her new explicit video on for her single B**** Better Have My Money.

The seven-minute video is rated M for mature audiences for its language, nudity and violence. But hey, what else were you expecting from our bad gal Ri-Ri?

Today we came across this disturbing video of a grown man beating a 14-year-old boy for stealing his pair of pants. So now, I ask you what you think about this situation? Let me add, the man did not know the little boy!  Should others be allowed to chastise your child? It takes a village right??…or nah?

Big Sean has proven that he is a true Detroit player with his Martin tribute from his new video ‘Play No Games’. Big Sean and Chris Brown has truly captured our,(well my) favorite 90’s sitcom! 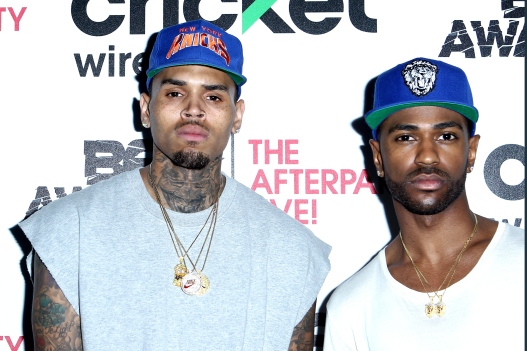 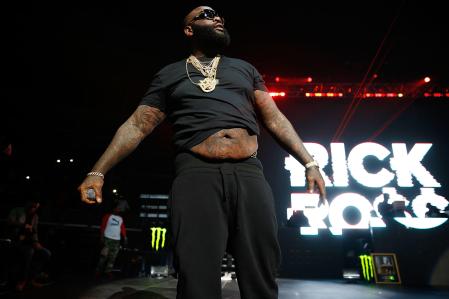 Mr. Ricky Rose has to be extremely sick as he sits in jail knowing he has miss out on making over $100,000 during the BET Awards weekend due to his recent arrest. It has been reported  that Ross would have made $80,000 for a party appearance and $50,000 for a club appearance that weekend. Unfortunately, Ross was also forced to forfeit $30,000 for a private jet and $60,000 for a mansion rental.

Now, I don’t know about y’all, but I’m sick for him! Ross and his bodyguard were arrested on June 24 for kidnapping, aggravated assault, and aggravated battery charges. Ross’s next court date is July 1.