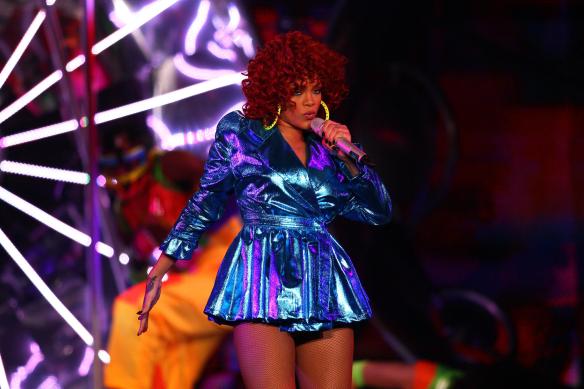 Rihanna has finally revealed details about her ninth album.

When she was asked about Valentine’s Day plans, she told The Cut, “I’m going to be in the studio. I’m so excited actually. I can’t say who I’m working with, but it’s somebody I’ve been wanting to work with him for a long time.”

When Rihanna was pressed about who she was going to work with, she said, “Okay, I’ll tell you. [It’s] Pharrell.”

The album is rumored to have a heavy reggae and dancehall influence. We’ll just have to keep on waiting.