At least she didn't get bombarded with death threats?

The tragic death of Kobe Bryant and his daughter Gigi sparked a massive outpouring of grief and shock around the world. While most fans expressed their love and gratitude for the moments and memories he’s provided over his decades of excellence in the NBA, others like high school principal Liza Sejkora used the moment to slander the memory of the NBA legend.

Following the shocking death of Kobe, his daughter, and seven other people in that helicopter accident, the principal of Camas High School in Camas, Washington took to her Facebook page to post “karma caught up with a rapist today.”

Needless to say the post caused outrage and was taken down shortly after. After being put on administrative leave which was followed by a school student walkout, Madamenoire is now reporting that Seijkora has resigned from her job at Camas High School.

Even though Seijkora tried to clean up her original comment by explaining that her “emotions and past experiences got the best” of her, the damage was done as the district’s superintendent, Jeff Snell took issue with the school principal’s asinine post.

“Anytime there’s a loss of life, I hope that all of us come together and rally around that. It didn’t come across that way. That’s really unfortunate.”

It got to the point Liza Sejkora did an on camera interview with Lacamas Magazine explaining her actions and apologizing for jumping out the window as quick as she did following the tragic events of that Sunday morning.

Yeah, we didn’t see much remorse or even emotion in that video from someone who says they’ve “learned” from this experience. Just sayin.’

Still, Sejkora isn’t the only person who’s used Kobe’s death to remind people about the rape accusation that tarnished his name for a minute back in the mid 00’s. Gayle King and a journalist for the Washington Post also took the time to bring up the rape allegations in the midst of all the fan mourning that enveloped the world. 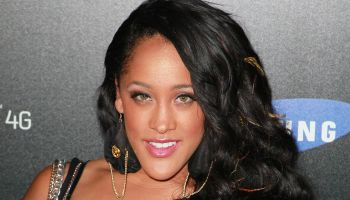