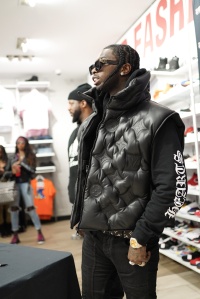 The Pop Smoke 911 call has been released.

In the call, you can hear a lot of noise in the background and the 911 dispatcher trying to find out what exactly was going on.

The dispatcher can then be heard trying to find out if the alleged people that committed the home invasion were still on the premises.

Even though the dispatcher tried to help those at the scene, it was too late. Pop Smoke died from his gunshot wounds a short time after the 911 call was made.

Pop Smoke was only 20-years-old.